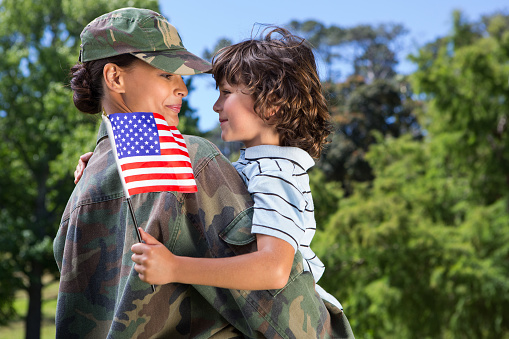 Approximately 2.6 percent of married male service members got divorced in 2016, according to the Defense Manpower Data Center. The rate was identical to both 2015 and 2014. However, there was a slight increase in the number of female troops who divorced in 2016 — up to 6.6 percent from the previous year’s rate of 6.2 percent.

The overall divorce rate among service members was 3.1 percent, marking a slight increase from the 3 percent rate in 2015.

According to experts, divorce rates for men have always tended to be quite stable. The rates among women tend to fluctuate, especially among enlisted military personnel. Enlisted women typically divorce at double or more the rate of their male counterparts. In 2016, about 8 percent of female enlisted soldiers got divorced, versus just 2.8 percent of all male enlisted soldiers.

It can be difficult to compare the divorce rate among military personnel and civilians because they are measured differently. The national divorce rate is measured per 1,000 residents and does not include five states. Military divorce rates are simply measured as a percentage of all service members.

Experts say military divorce rates tend to rise and fall based on contributing factors like the economy and the quality of counseling offered outside the military.

If you are a member of the U.S. military and would like to explore your options for dissolving your marriage, meet with an experienced Long Island divorce lawyer at Bryan L. Salamone & Associates.