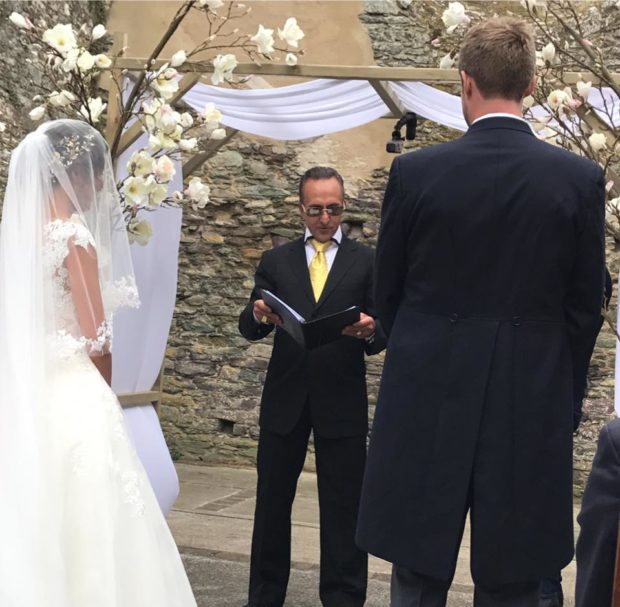 Bryan L. Salamone, Esq. is known for his aggressive style in the courtroom and his aggressive style on the racetrack. As a lawyer he practices divorce law in New York, which is one of the most high conflict areas of law. In his personal life, he spends a great deal of time behind the wheel of a chrome Lamborghini at over 200 miles per hour cheating death and winning races. His clients can be anyone from celebrities, billionaires, Wall Street executives, or the local people on Long Island earning minimum wage. Mr. Salamone had been recently contacted to be flown in from the United States to officiate a wedding of an unnamed banker who thought that a divorce lawyer would be best for the job of announcing her and her husband were married.

The wedding was somewhat storybook in all sense of the word, in that it was held in a castle; and birds of prey delivered the rings on command.

If it seemed unorthodox to have a divorce lawyer officiate a wedding, well maybe there is some genius in this unconventional twist. Mr. Salamone spoke about what he knows regarding the secrets to a good marriage, based on the over 22,000 divorce cases where he has learned what couples “should not do.” As a wise investment banker, the bride believed that someone who knows what couples “should not do” was the perfect person to officiate a wedding which ended with her saying “I do.”