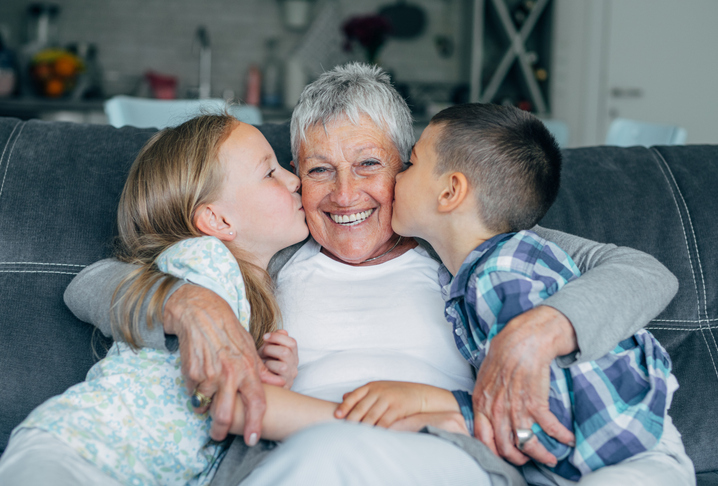 Since 1996, we have been handling grandparent's rights. Previously, grandparents did not have rights to visitation or time with their grandchildren except for in certain circumstances:

I am very pleased with the developments in the law over the last 26 years. I have always been a champion for grandparent's rights on most every occasion. Surely, there are one or two occasions where the grandparents had flaws or problems that made them dangerous in the court's eyes and in the eyes of their own children and grandchildren. These are not winnable cases. However, if you have an existing relationship with your grandchild, and you grandchild's father and mother (your son or daughter) has passed away or is incarcerated, or is unable to make decisions, and there is no objection from the parent that has custody, then grandparents should have visitation or custody rights. The rights begin when grandparents are refused access to their grandchildren.

Grandparent's rights are more important that you would imagine. Recently, a professor of anthropology in Utah studied the "HADZA", an ancient group of hunter-gatherers in Tasmania, who eat a lot of wild food such as berries and tubers. In that society, children were too weak to pull the bulbus tuber root and that was left for "grandmother." In fact, the data of these ancient hunter-gatherers have led to what is known as "The Grandmother Hypothesis."

The grandmother hypothesis stands for the following: children will thrive when grandmothers step in to fulfill the fatherly and motherly duties, so that the mothers and fathers can focus their own energies and resources on having more children at shorter intervals, and preparing for the future as a hunter or gatherer by storing and otherwise accumulating resources.

The grandmother hypothesis has shown that when a grandmother is actively involved in rearing their grandchildren that it enables the couple to birth more descendants, and thus, the grandmother's genes are carried to subsequent generations as a result of her assistance in the nuclear family.

The grandmother hypothesis goes further to state that when grandmothers are involved in the nuclear family, the individuals in that house and that family may continue to have more children into later ages. In fact, research is showing that grandmothers are a driving force behind the increased longevity of our species.

Evolutionary biologists and anthropologists have spent decades looking into the phenomenon in humans where out females actually outlive their fertile period. Few other mammals have such a post-menopausal life span in percentages and years.

In 1900, the life expectancy from birth in the United States was 45 years of age. Throughout the centuries, female menopause would have been in concert with the average life expectancy. However, life expectancy is now 78 to 80 years. Modern females stay healthy decades past menopause. Very few species on this planet live so long after child-rearing ability vanishes. The one species that is closest to us is the killer whale. Killer whales exist because the grandmothers stay in the pod and provide vital information as to the hunting grounds (where the salmon is), and often stay with and nurture their grandchildren and those in the pod who are injured or sick.

A biological anthropologist at the University of Massachusetts states that menopause has been part of our evolution and, to that end, the human female did not evolve to make enough eggs to keep up with menopause. In fact, human females start with 1 million eggs and only 300,000 remain at puberty. The human females post-reproduction life is extremely important to our species. In fact, through millennia, grandmothers were used for the continuation of the family after they became infertile, and actually became the most important child-rearing individual in the family. For thousands of years, the nuclear family did not include grandparents. Reverting to grandparents and their importance in the family shows that they should have rights. Throughout the evolution of the human species, the grandmother has been extremely important and has cause Homosapiens to advance. It is only in the last 1,000 years that grandparents were no longer considered part of the nuclear family, and that is usually only in the United States. Most other countries, like China, have different regard for grandparents. Grandparents are to be well regarded.

In 2021, grandmothers have not yet surpassed the mother as a primary provider for the children. However, the grandmother hypothesis clearly shows the importance of grandmothers in the lives of the family, and the mathematical models of grandmotherly effects on lifespan, and the basic continuation of the species.

Incredibly, while most everyone agrees with the grandmother hypothesis and their importance to the family, the question begs, "Why isn't health care science and medicine focused on post-menopausal life?" A professor of biology at the University of Idaho argues that it is such a recent phenomenon, that it is being overlooked. Grandmothers are the secondary provider to children under the grandmother hypothesis, and if they are so important to the continuation of our species, it would be important to make sure that the laws and medicine affecting the post-menopausal female are in concert with their contributions, not only to us as individuals, but their contributions to the entire human race is what has allowed us to continue on this planet. Grandmother killer whales are one of the only mammals that are also a secondary provider to the children. Interestingly enough, grandmother killer whales, and killer whales in general, have extremely large brains. The smartest mammals know the importance of grandparents.

If you are a grandparent and you are suffering the obstruction, or the alienation of your grandchildren, please contact us. If you are a parent and would like to discuss whether or not your children's grandparents should be seeing them, you should take to us. We know the answers to these questions and most all others affective grandparents and their grandchildren in New York State Law.