Internet in the Bedroom 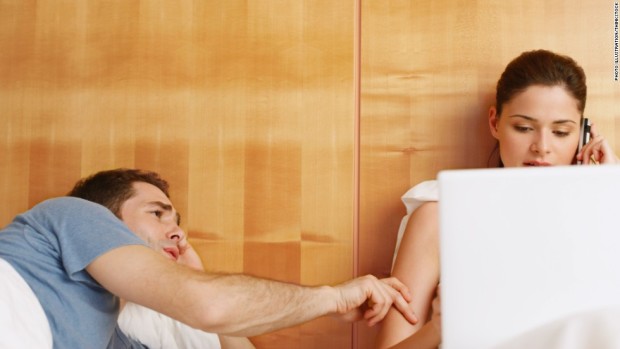 For over twenty years the internet has been blamed for breaking up marriages. Why not bring the internet into the bedroom?

The United Kingdom publication “The Register”, reported on November 15, 2002 that over 80% of divorce lawyers in an annual conference in Chicago said the internet has played a significant role in the divorces they are handling. Countless blogs as well as well-known psychological and psychiatric vocations have blamed the internet for an increase in divorce, as the internet is something that can increase or escalate feelings which usually lead to divorce, such as boredom; isolation; lack of communication or couples “growing apart”.

Since 2008, we have noticed that a vast majority of the divorcing couples over the age of 35 have a complaint that their spouse spends “too much time” downstairs or in another room at a computer. We began to see a rise in complaints where people had separate laptops that were locked and password protected. People would spend an hour to two hours a day away from their spouses engaging in computer use in separate rooms. We see this as dangerous to the marriage as a result of the cases that we handle each year. The television has morphed into an “internet” of sorts. In fact, there is hardly anyone using basic television with an “antenna” and most everybody is logged into a service whether it is cable; FiOS; satellite or the internet. The words “Netflix and chill” have become synonymous with television watching marathons. It is extremely popular for individuals not to use regular “television” but to use the internet via Netflix; Hulu or Amazon Prime. This leads to the question; if they are already on the internet watching television, can’t couples interact or use the internet together.

We have contacted Executive Computer World (www.ecompworld.com) who are experts in computer; forensics; networking and technology. We asked them if it was possible for a couple to take their late model television and turn it into a computer. The answer is a resounding yes. According to these experts the average television is a “smart television” and it can be combined with a wireless keyboard with track pad (a mouse of sorts) and a small computer with HDMI output. In fact, Intel makes some computers far smaller than a shoe box and they can be placed next to the television, hooked into the television by a HDMI cable and with Windows 10, a “heycortana” feature could be used for voice commands. In fact, Windows 10 is the recommended operating system and it makes any television just as usable and user friendly as a smart phone.

Therefore, for the almost 90% of the divorces that cite “separate computer usage” as a contributing factor, we recommend; bring the computer into the bedroom. Most all bedrooms have a large television with the right equipment, that television has a smart phone or a computer where couples can surf the web; engage in social media; watch Netflix, Amazon Prime; Hulu and most any movie online while communicating with friends; making other friends; all while they are propped up in bed using either voice commands or a simple wireless keyboard.

On the other hand, if a spouse is recommending or asking the spouse to consider such a set up and the other spouse seems to prefer being “alone” with their laptop, computer or cellphone, this could be a clear sign of trouble.

The more common interests shared between couples and the more things couples do together the more likely they are to stay together.

Bryan L. Salamone & Associates, P.C. is one of Long Island’s largest and most successful divorce and Family Law firms. Mr. Salamone himself is available for free consultations in selected matters most days of the week. The firm handles almost 1,000 cases per year. Their decisions have been published in television and print news and Mr. Salamone is a commentator on divorce and divorce related issues nationwide.