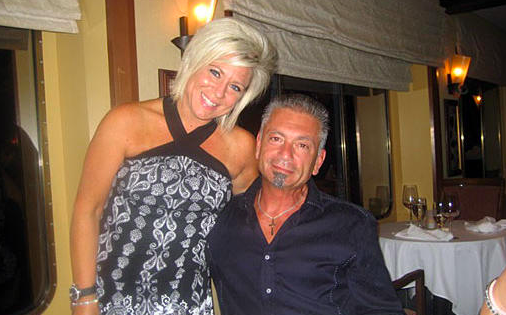 Theresa Caputo, star of the show “Long Island Medium” on TLC, is separating from her husband Larry, according to a report in People magazine. The couple has been married 28 years. The split will likely play a role in the upcoming eleventh season of the show.

According to Caputo, the couple’s relationship has “changed” since the last season of the show and over the course of time. She says her profession as a muse hurts her relationship with all people — and especially that with her husband. The couple’s marriage has reportedly been rocky for several months.

However, other news outlets say there’s a chance the couple could reconcile in the future. They consider the split a trial separation, giving them each a chance to take a break from the relationship.

“Long Island Medium” features Caputo and her work as a medium. She is a supposed psychic who claims to be able to connect people with their loved ones who have passed away, providing insight into their lives.

The step the Caputos are taking is a common one that ultimately leads to a divorce. Legal separation allows both spouses to spend some time away from each other, collect themselves and decide if they wish to proceed with the marriage. Each party agrees to certain conditions, just as they would in a divorce. These conditions could include how they will share expenses, how they will split parental responsibilities and which party will live where.

If you would like more information on legal separation, speak with a trusted divorce attorney at Bryan L. Salamone & Associates.