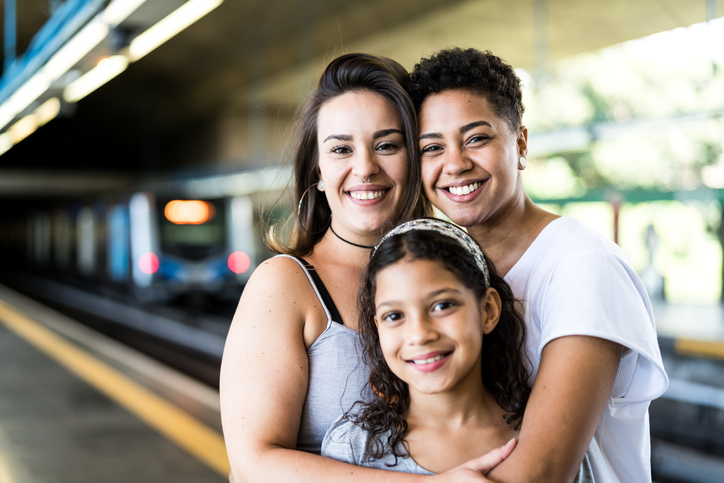 On April 17, 2019 the New York Supreme Court Appellate Division for the Second Department upheld a Decision by the Family Court which gives standing to a same sex parent who is seeking custody and visitation. Justice Thomas A. Rademaker presided over a case in March, 2018 as a Nassau County Family Court Judge. Justice Rademaker is now a Supreme Court Justice in the Matrimonial Part of the Nassau County Supreme Court. The case at issue involved same sex parents and the issue of equitable estoppel. Interestingly, in New York when a child is born during a marriage, it is presumed to be the child of the mother and father. There is a biological component to this presumption. At the case at hand, there may not be any physical or biological way for both female parents to have had any genetic relation to the child at issue. One of them is the natural parent.

In this case, and in many others like it, the parent who did not bear the child suffers and reaches out for a connection. There is an old doctrine called equitable estoppel. Equitable estoppel says that the non-biological parent of the marriage may be held to be the “natural or biological” parent or just the “parent” in all senses of the word if that person passes certain tests. If the non-biological parent has held themselves out to be the parent of that child; and if the child regards and believes that person to be their parent. In these cases, that individual may be entitled to a parent’s custody rights and visitation and they may also be obligated to a parent’s support obligation.

Many people find it shocking that a non-biological parent could find out that the child was someone else’s. That non-biological parent may have invested a decade or more in that child’s life. At that point, the non-biological parent would not be able to “stop” supporting the child even if they found out through specific evidence that the child was someone else’s. There are many circumstances, based on equitable estoppel, where they would be forced, or obligated, to continue supporting that child through the age of 21 in the State of New York. There are also many instances where a divorce would estrange or push the non-biological parent well outside that individual’s ability to reach out and visit with the child. Therefore, they could be ostracized after a decade or more of a relationship. Indeed, with same-sex couples there is often a third person involved, whether is was a donor or a surrogate. This third person participates in give one or both of the same sex parents a child that they would not have been able to biologically bear with the other same sex parent. Therefore, the person that bears the child, or who is part of the conception of the child, should not be able to purposely alienate the other parent in a same sex marital relationship just because they have a biological advantage based on the fact that they either carried the child, or provided the material that caused the child to be born in this scenario.

It was Judge Rademaker’s clear wisdom and common sense that saw right through these issues. Justice Rademaker recognized that biology and love may not be connected in some instances, and love may win an equitable estoppel case. The fact is, same sex marriages are not a brand new development in the law. What is new, is that people are actively attempting to shape the law to appropriately mold the same-sex partnership and to properly address it in the event of a legal uncoupling of the marriage.

Where there is marriage, there is divorce. When marriage rights are conferred, divorces occur. If one of the parties in a same-sex marriage has an upper hand solely because of a biological factor, the other party to that marriage should be able to challenge custody and visitation, based on the established relationship and where the non-biological parent has held themselves out as that child’s parent and that child regards her/him as their parent. The recent Decision of the Appellate Division upheld Justice Rademaker’s Decision.

There are so many instances in the law where Judges and Justices are hesitant to be the individual to point out something that is common sense and that will clarify the law. In this case, it is a clear clarification of the law and it was something that had to be done. What is lost on much of the population is that Justice Rademaker probably did not intend to be the person who expanded same-sex rights to children born by others in a same-sex marital relationship. That’s what actually happened here. Whether a Judge has politics or not shouldn’t matter. Here, whether or not this Justice wanted to be connected to same-sex parents’ rights to fight for their children, he effectuated it. I believe he effectuated this without regard to anything political, religious, or socioeconomic and only based on the facts and law. This is the way it should be. Many Judges shy away from such an opportunity if it will connect them to a difficult issue, such as gun control, abortion, or same-sex rights. A Judge who sees an opportunity to clarify the law or otherwise expand it; should not look into anything but the law and facts. Justice Thomas Rademaker gave a same-sex non-biological individual the legal standing to seek visitation and custody in New York. The Decision was common sense, very well-reasoned, and it is a monumental Decision.

As the definition of family expands, the definitions in our law and our Court systems should expand or contract in connection with the changing laws and our changing society. The Judges that do this are not presented with opportunities to make such decisions on a regular basis. However, when such a Judge is presented with an opportunity, it is nice to see that the Judge acts swiftly, boldly and with common sense, without regard to any political issues either way. In my opinion, that’s what this Judge did. This matter, in this case, will come to be more important as time goes on and definitions of marriage change. More specifically, it my sincere belief that this Decision will become very important when the definition of “birth” and “born” starts to expand. Indeed, as science progresses, children are being born in ways that were not contemplated by the existing matrimonial laws.