New York Divorce and Custody Lawyer Warns of a Lack of Law Governing Medical Marijuana and Custody, Care and Visitation of Children 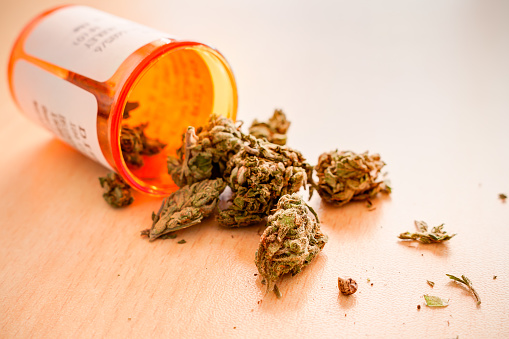 By now Bryan L. Salamone, Esq. handles almost 1,000 divorce and family law cases a year and in 2017, he was confronted with more than one dozen cases involving custody, care and visitation of minor children by a parent or parents who use prescribed medical marijuana. In many custody cases, the issues are driving the children while on a prescription; caring for the children while on a prescription; and a person's parenting abilities when being prescribed marijuana. These cases are not unlike cases involving pain medication or alcohol use however, there are some very significant differences that are making them problematic. It is the “Wild West" because there are few test cases or laws that control the use of prescribed marijuana while being with children.

Prior to March 2017, it was difficult to obtain the medical marijuana cards in the State of New York. The criteria used to qualify for a prescription has changed. A prescription for medical marijuana can now be given to someone who has a diagnosed condition of post-traumatic stress disorder or chronic pain. Pot doctors are setting up shop everywhere. A pot doctor is a doctor who is comfortable certifying patients and assisting them in obtaining the marijuana card.

There is no specific law that prevents an individual who is prescribed medical marijuana from operating motor vehicle in the State of New York. If they can pass an awareness and sobriety test it may not go further. In fact, if it does go further, there is no real clear indication of what blood level would rise to a person being impaired by THC (the active ingredient in the medical marijuana prescriptions). In Colorado there are levels and blood tests. New York is different. If it is legal to ingest the prescribed medication, it may be legal to drive.

This argument is shocking the conscience of many people. In fact, it is dividing Judges. It's hard for people to believe that someone can be prescribed a substance that was previously illegal and/or vilified by many in the United States. It is also very hard to believe that a court; the state and/or the county would allow people to drive motor vehicles under the influence of marijuana, as well as, be the sole decision-maker for their children if they win a custody case.

It is obvious to see that there are polarized positions in connection with many of these cases. We are not seeing cases where both parents have been prescribed medical marijuana, the cases that are being contested now are where one parent was prescribed marijuana and the other parent is against it.

With no real controlling case law or statutes and an overriding argument that the use of a prescribed medicine should not be used to discriminate against an individual in a Family Court proceeding, while the discrimination against someone who is prescribed medical marijuana is not legal, it may be legal for a Judge to "judge" based on the facts and circumstances of each case separately that a person should not be driving and/or being left unsupervised with a child or children under the influence of medical marijuana. This would be based on the testimony of occurrences that have happened when the individual was using the medicine is prescribed and/or any of the other factors such as: individual’s propensity to overuse or abuse the prescribed medicine; the individual’s behavior while under the prescribed medicine; the individual’s ability to parent, or their inability to parent. This all be on a case-by-case basis unless New York was to have strict rules which, may not be possible.

With respect to pain medication, it is entirely possible that someone could be prescribed a very large dose of pain medication and that a tolerance has been built up over many years so that when they are under the influence of their regular dose, they act normally and have good if not excellent reaction time. In these cases, it is not recommended that they drive or operate heavy machinery, however most people know someone who does take pain medicine and lives quite normal life. Time will tell if courts would treat marijuana like alcohol and/or prescribed pain medication. Indeed, it may be that the courts would soften their position against marijuana if they see or experience an increasing amount of cases where the use of marijuana is prescribed and it is used appropriately.

As it stands in New York, marijuana that is prescribed is not regulated with respect to the use and operation of a motor vehicle in any specific manner and there are no levels directing or prohibiting same. There are few cases that directly speak to the use of prescribed marijuana and the care and custody of children. At the present time more than 12 cases have come to the firm of Bryan L. Salamone & Associates, P.C. which represents less than one half of 1% of our annual cases. However, our estimate that more than 40 cases per year or 4% of our firm's total cases (and possibly the use of medical marijuana could represent as much as 5% for the court system in the first few years. As it becomes even more regulated or more acceptable the total amount of cases involving the use of medical marijuana will level off at 1% to 3% which is similar to the overuse of alcohol or the use of pain medication.

Whether it is the use of medical marijuana; health concerns such as ADHD and alcoholism, the statistics with respect to the population as a whole are much different than they are compared to statistics of families getting divorced. Families that are afflicted by medical problems; prescription medication; alcoholism; mental, physical or social development problems or difficulties involving children; these families are far more likely to get divorced as these are general stressors to any marriage.

The good news is, for people who are experiencing medical problems and/or difficulties together with the problems and difficulties set forth above, if you are still married you must be doing something right. For everyone else, know that most everything you do, or fail to do would be called into question during a custody trial. This is especially true if I am the attorney on the other side.