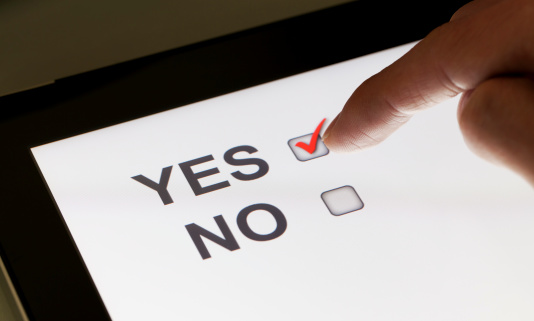 A new Gallup poll indicates the number of American adults who consider divorce to be “morally acceptable” is at its highest level in history.

Today, 73 percent of adults in the United States have no moral objection to divorce, which breaks the previous high by one percentage point. That number has also risen 14 percentage points since 2001. Interestingly, the national divorce rate has seen a steady decline in that same period.

The difference in mindset regarding divorce is especially stark when compared to previous generations. In 1968, just before California became the first state to allow “no-fault” divorces, a Gallup poll found that 60 percent of Americans wanted the federal government to make divorce more difficult. However, by 1985, 49 of the 50 states had adopted no-fault divorce laws (New York, the final holdout, adopted its own law in 2010).

Unmarried adults have always been highly accepting of divorce — even those who had not been divorced themselves. However, married couples had previously been quite hesitant to accept the “morality” of divorce. In 2010, about 60 percent of married couples said divorce was morally acceptable, compared to 70 percent in 2017.

Additionally, the recent poll marks the first time Gallup has found a majority of “very religious” people finding divorce to be morally acceptable. Approximately 51 percent of respondents who consider themselves “very religious” did not have moral objections to divorce, a number that was at just 43 percent in 2001.

Finally, older Americans have also warmed to the idea of divorce. About 71 percent of people 55 and older have no moral objections to divorce, compared to 57 percent in 2001.

The stigma of divorce is slowly eroding over time, with all demographics becoming more accepting of it. For more information about filing for divorce in New York, consult a knowledgeable Long Island family law attorney with Bryan L. Salamone & Associates.