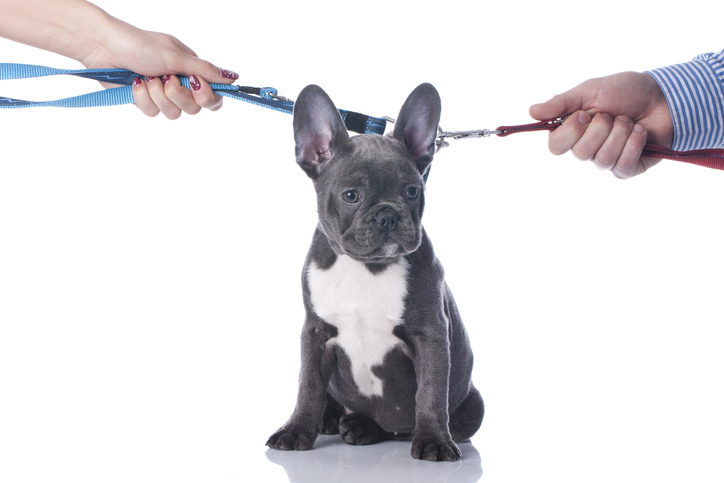 New York may be passing legislation that gives standing to the Supreme Court to consider “the best interest of companion animals in divorce or separation proceedings.” This legislation would be welcome if the divorce process was working smoothly. It is not. The wait time for divorces can be in excess of two years; and the cost of divorce spirals upwards as issues arise.

Clearly, allowing the litigants to argue over the best interest of an animal during a divorce would drastically increase the cost of divorces and it would give the judiciary more power to decide added issues during divorce proceedings which are already very backed up.

In the course of our litigating thousands and thousands of divorce cases over more than two decades, we have come across numerus “pet” cases. Indeed, pets are an issues that we have been arguing over in the Court for quite some time. The law at this point is that the Courts consider pets to be property, much like a piece of furniture. This viewpoint is highly objectionable to many (if not most) dedicated pet owners.

In all the pet cases we have litigated, we never once had to ask a Judge to issues a decision relating to the parties’ pets; the parties have always been able to reach an agreement on their own. In conferencing our pet cases, the Judge would give their opinion to guide the parties, but refrain from issuing a formal court decision.

Clearly, if one party is going to reside in a house rather than an apartment it may be appropriate for that party to maintain the family pet. We have had visitation agreements relating to pets with settlement provisions detailing pet care and the maintenance of veterinary insurance.

This new bill being introduced into our Court system would call for the Judges to make final determinations as to the best interest of the animals if the parties cannot reach a “pet settlement” on their own. We could actually be called by the Court to present pet experts, psychological psychiatric profilers, animal psychiatrists, or other expensive experts to provide evidence for the Judge’s consideration.

Indeed, this new bill could add days/weeks/months onto the litigation and could cost the parties’ tens of thousands of additional attorney fees. This is a probable scenario if the parties spitefully and maliciously litigate their pet claims in order to hurt the other party and/or force the opposing party to settle. If one spouse loves a certain pet, the spouse they are divorcing can now seek custody of that animal just to win favor in other areas of the case.

In Family Court we have been able to obtain Orders of Protection that direct a party to refrain from punishing or removing a pet and depending on the size or nature of the animal, the Court can also issue directives determining the size, quality, and environment of the pet’s residence.

It is my belief that this particular legislation will not only hurt the litigants of a divorce action, but it will actually impair the entire divorce industry. This new bill introduces a whole other set of issues that will exponentially increase the duration and expense of an already costly legal process. A bill in which the Court now has standing to determine the fate of your family pet is a bad idea and could quite possibly become a tool for litigants to negotiate in both good and bad faith.