Some NYS Courts Denying Hearings to Parents in Custody Cases 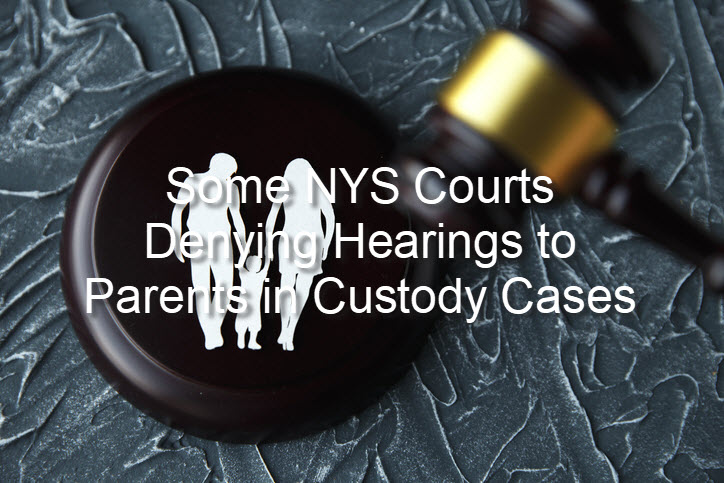 Many divorce and custody proceedings are marked by serious allegations. Some are so serious that a parent might lose their ability to take part in the upbringing of their son or daughter. In these cases, the evidence or additional context provided by an accused parent might have a significant effect on the judge’s decision. However, that can only occur if the mother or father gets their day in court to argue against the restriction or removal of their custody rights.

In S.L. v. J.R., New York’s highest court recognized the importance of providing an evidentiary hearing to parents before limiting their custody rights. This 2016 decision from the Court of Appeals declares that making these decisions without giving an accused parent a chance to respond creates “an unacceptably high risk of yielding custody determinations that do not conform to the best interests of the child.” The judges did acknowledge that there might be rare situations where conducting a hearing is not possible or useful. In these cases, the court must articulate the factors that led to their determination.

Over the years that have passed since the decision, however, many lower courts have ignored this ruling, stripping rights from parents without giving them the chance to tell their side of the story. More than 20 custody decisions have been overturned on appeal because judges took action against parents without offering them a plenary hearing or articulating sufficient reasons for their refusal to do so. It stands to reason that many more parents lost some or all of their custody rights without even knowing that they were improperly denied their opportunity to state their case.

If you’re involved in a dispute with your former partner over parenting arrangements, it is essential to retain an experienced child custody attorney who is well versed in the current New York statutes and case law that affect your case. Handling the situation on your own or retaining someone unfamiliar with the latest developments in this area could lead to a decision that limits or eliminates the time that you can see your child.

Bryan L. Salamone & Associates, P.C. is the Long Island leader in divorce and child custody cases. If you are engaged in a dispute over visitation terms or any other domestic matter, we are here to protect you and your relationship with your children. Please call 1.631.479.3839 or contact us online for an initial consultation.