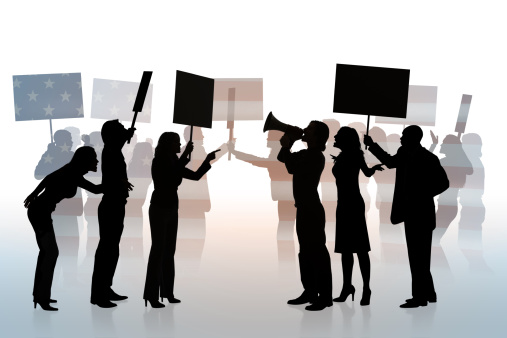 A new study from Wakefield Research, a polling company based in Virginia, indicates that there has been a stark increase in the number of couples — both married and unmarried — breaking up due to intense political disagreements.

According to the study, one in 10 couples that broke up did so because of differences in political opinions, with Millennials (people born between 1982 and 2000) being the most likely to split over politics — at 22 percent. These breakups have become particularly common during and after last year’s contentious election season.

The survey included 1,000 participants nationwide and was conducted between April 12 and April 18. It also revealed that 22 percent of Americans know a couple whose relationship “has been negatively impacted significantly due to President [Donald] Trump’s election.” Additionally, 24 percent of Americans who are in a relationship or married say that since the election, they have disagreed with or argued with their partner about politics more than ever before.

Even divorce attorneys have been able to back up these findings with their own experiences, often reporting that more couples have been filing for divorce because of political differences.

Couples split for many reasons

There are many reasons a couple may choose to separate or get divorced, from infidelity to financial problems. Money issues are a common source of conflict for married couples, although Wakefield’s survey indicates that many Americans have had more disagreements over politics since the November election than money.

To receive sound legal representation as you go through a divorce in New York, speak with an experienced Long Island family law attorney at Bryan L. Salamone & Associates.