What are the Main Differences Between Separation and Divorce? 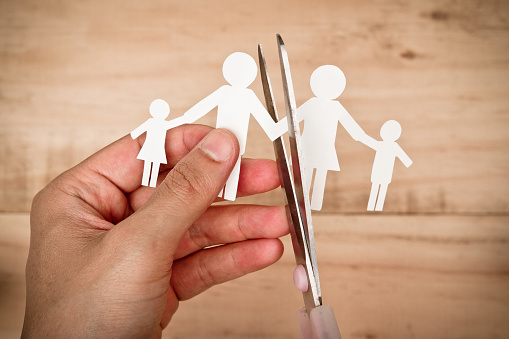 The process of dissolving a marriage can be a lengthy, complicated process. For some, it begins with a legal separation, while for others it starts immediately with a divorce. It is important to understand that the two terms are not interchangeable — there are some key distinctions between the two.

Below is a quick overview of legal separation and divorce and how they differ from one another.

Legal separation is a type of official, legal contract that allows both parties to live separately while still being technically married and maintaining all the rights and responsibilities of a marriage. It’s typically used as a trial period for both spouses to take some time away from each other and think about how they wish to proceed.

While the details of separation agreements vary depending on the circumstances, the basics usually include the following:

Divorce is the final step of bringing a marriage to an end, regardless of whether there was a period of legal separation preceding it. The following are some of the key components:

For more information on the differences between divorce and legal separation, consult an experienced Long Island separation lawyer with Bryan L. Salamone & Associates.