What is Gaslighting in a Marriage or Divorce? 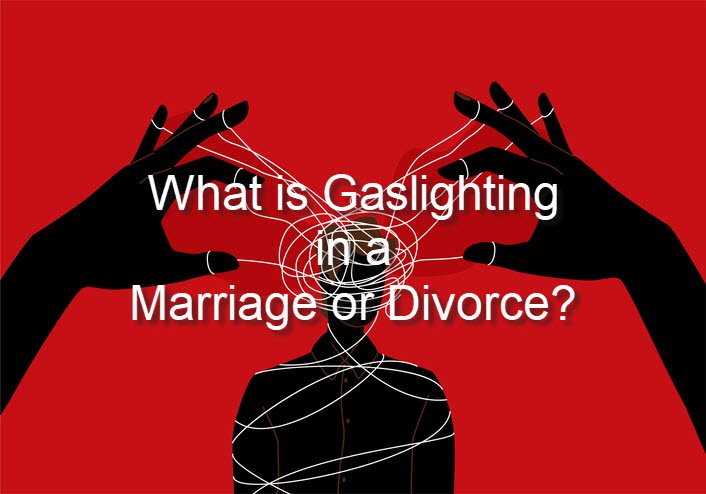 Spouses in troubled marriages have used a variety of tactics to inflict emotional and psychological harm on each other. In some cases, pain from the relationship leads people to behave badly. Other times, a husband or wife might use cruel tactics in order to gain an advantage during a pending or prospective divorce case. Regardless of the motivation behind this type of abuse, it is vital for victims to take decisive steps to stop it.

One form of abusive behavior is gaslighting, where a spouse uses deception and manipulation to make their partner question their own mental fitness. The term comes from the title of a 1938 play that was adapted for a popular film starring Ingrid Bergman. In the story, the husband dims the lights in his apartment. However, when his wife mentions it, he lies and says that she must be imagining things because the lights did not dim at all.

Gaslighting takes many forms in marital relationships that are breaking down. Most notably, a husband or wife who has found evidence that their partner is cheating on them might be told that the supposed affair is all in their head. Not only is this false, but victims of gaslighting often experience serious negative effects such as:

It can be very difficult to push back against a deceptive partner. Sometimes even family members and friends join in the gaslighting, knowingly or not. If you’re being gaslit, it is essential to retain an experienced attorney who knows how to push back against the lies and protect your rights during the divorce process.

Bryan L. Salamone & Associates, P.C. is the leader in Long Island divorce representation, with a long track record successfully representing clients victimized by emotional and psychological abuse. For a free initial consultation regarding your situation and options, please call 1.631.479.3839 or contact us online.