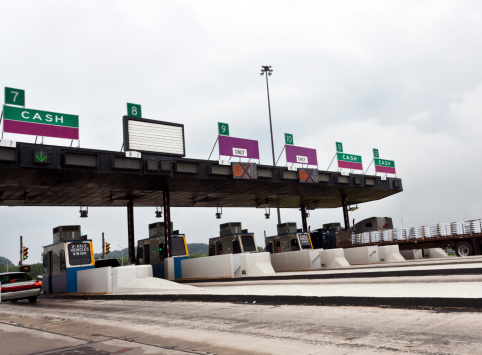 As you may have heard, especially if you belong to the bridge and tunnel crowd, New York State is ripping out cash toll booths and replacing them with license plate capturing cameras.  The result being that a toll bill will be mailed to the residence where the traveling vehicle is registered to. This process has already begun in earnest in the Metro area and may expand upstate as well if the Governor has his way.  The program, which down state is being run by the Metropolitan Transportation Authority (MTA), is being dubbed the “Open Road” system.

According to a New York Daily News article, originally published on December 21, 2016 (see article here), the “Open Road” tolling system, which was touted by Governor Andrew Cuomo, was to be incrementally implemented throughout the city’s bridges and tunnels this year.  In the article, the system was hailed as an answer to long toll lines, slow commutes, localized pollution, costs associated with dealing with the cash collected and an incentive to use the existing EZ-Pass system, which offers modest reductions in toll amounts.  What was also discussed was the increased enforcement, both electronic and through law enforcement personnel, as well as the collection of data through the license plates relating to toll violations, but one could imagine the data collected being used for a myriad of other uses.

In a New York Post article, dated January 8, 2017 (see article here), MTA crews had already torn down the Brooklyn tollbooths, the start of the transition to cashless tolls on every crossing overseen by MTA Bridges and Tunnels.  Clearly, this process is already well on its way to completion.  The New York State Thruway Authority is touting the system as implemented in the Hudson Valley (follow link here), claiming that the “Toll by Mail” system is already running well where implemented and offers the website to pay your tolls, well, by mail (https://www.tollsbymailny.com/en/home/index.shtml).

At first glance, this sounds like a great idea.  Quicker lines, no need to dig through your seats for change, you will not even have to come to a complete stop.  The Governor has touted the benefits of this program, which was initially tested out on the Henry Hudson Bridge connecting Manhattan to the Bronx, to include saving time, no more toll lines, reduction in pollution from idling vehicles, etc.  Who doesn’t like the sound of no toll lines and cleaner air, after all?  The Governor’s plan would see the implementation of this program on all 7 of the MTA’s bridges, as well as both tunnels.

However, some people have taken to using the cash lanes precisely for the reason that it is not traceable, and therefore your travels do not become known to, uh, those that you may not want to know where you’ve been going.  For these people, EZ Pass was not an attractive option, as it has led to people’s clandestine travels becoming known.  While getting these records through the various transit authority agencies in the various states has been hit or miss at best, the information is out there and savvy attorneys have found ways to obtain these records.

This process can and has led to people getting “jammed up” in multiple ways.  Think criminal activity, petulant teens going outside of their allowable travel limits, and of course, cheating spouses.  This is not a new phenomenon, as EZ Pass records have been used for years to reconstruct the travels of certain people.  However, now the cash lane option is soon to be no longer available to those looking to keep their travels private from prying eyes, or suspicious spouses.

In fact, the privacy issues here have prompted civil rights groups, including the ACLU, to question the potential for misuse of the data collected by the camera toll system.  This is because the way that the system is set up, it employs high speed cameras to capture photographic records of the license plates of vehicles traveling over the designated crossings in order to send toll bills to the registration addresses for said vehicles.  In a September 20, 2016 article published in the Gloucester Times (see article here), the privacy concerns relating to the same system as implemented on the Massachusetts Turnpike were raised by the local chapter of the ACLU, stating the following:

"There are major privacy issues at stake here,” said Kade Crockford, director of the Technology for Liberty Project at the American Civil Liberties Union of Massachusetts. "The government and private companies are amassing huge quantities of data, not just showing where people are going every day but where they end up."

Clearly, there is the potential for alternate uses for the data collected by the MTA, or any other transit authority which uses this type of “Open Road” system.  This could include scofflaw warrants or other criminal warrants attached to the registered driver.  It is unclear as to what information will be collected or what other authorities or entities will be able to access said information.

The fact of the matter is, we live in a digital world.  While the MTA may not necessarily respond directly to subpoenas for toll records, the Courts could absolutely order the party themselves to provide the documentation.  As a result, certain privacies that we had previously taken for granted are going the way of the Dodo.  That is, extinction.  As a result, divorce proceedings will be getting a lot more interesting.