Does the State of New York Recognize Your Online Marriage Certification? 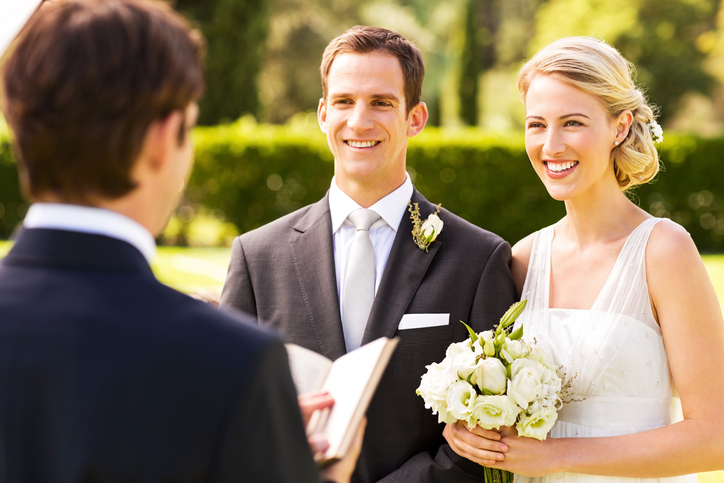 Like passed cake bites and bell sleeves, a fairly new trend in weddings is to have a close friend or relative perform marriage ceremonies in lieu of the traditional minister or justice of the peace. For nonreligious couples, it’s a way to have someone who knows them well tell their story and a say few sage words at their wedding. But is such a marriage actually legal in the State of New York? Maybe not.

Last November, we were quoted in a Newsday article on this very topic. The story was filled with happy couples whose friends, brothers and even grandmothers had officiated at their wedding ceremonies after becoming “ordained” by simply filling out a form provided by any of a number of online, nonprofit websites that exist solely for that purpose. On Long Island, couples need only get a marriage license from their municipal office. Then the couple, the officiant, and witnesses sign the license after the ceremony to affirm that the wedding took place. Most couples assume that once they receive that official marriage certificate from the state, they must be legally married. Unfortunately, it’s possible your marriage, if challenged, may not be legally binding.

If you’re contemplating divorce or even in the middle of one, this news may evoke a “so what?” or even a “that’s great” response. But in practice, this would be bad news for those seeking alimony or a share of a marital estate that may have grown since the start of the marriage. Also, any benefits that married couples enjoy could be jeopardized. For example, what if your spouse’s health insurance company challenged past benefits received based on your now-questionable marital status?

In New York State, with few exceptions, online officiants are not authorized to legally perform a marriage; judges, clerks, and clergy are. Unlike other jurisdictions in the state, New York City merely requires wedding officiants to register with the City Clerk and has, since 2006, registered officiants certified by online churches to perform weddings within the five boroughs. That means if your  wedding is taking place in New York City, your online-ordained officiant may be able to perform your marriage with the city’s blessing (and, in turn, the state’s approval).

Although it is possible for you to be officially married on Long Island by an officiant who was ordained online, it can be difficult to confirm that the ordaining body has credentials that satisfy New York State law. The website of the Universal Life Church, which has been ordaining wedding officiants since the 1960s, includes language stating that its ministers are recognized by the State of New York. But courts have disagreed as to whether the ULC satisfies the statute, which clearly excludes “churches” that don’t have congregations or a physical meeting space.

So be careful not to assume that an organization that says it is recognized by state law really is. A safer strategy for your wedding plans: get married by a government official (at your town hall, for example), and then have your aunt/brother/grandma/best friend officiate your public wedding for the all-important “you may now kiss” moment. No one but you and your new spouse need be the wiser.

If you have any concerns about the legality of your marriage or have questions about a family law matter, contact a trusted divorce lawyer with Bryan L. Salamone & Associates, P.C. today.