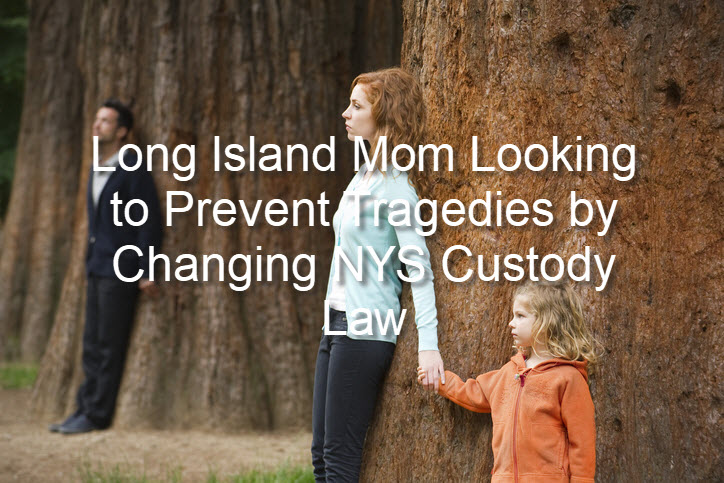 Like each child, each custody situation is different. An arrangement that might seem appropriate in most cases could cause serious danger if a parent has violent tendencies. Tragically, some judges do not listen when a parent warns the court about what might happen if their co-parent is left alone with the son or daughter they share. A Long Island mother who lost her daughter in an act of unspeakable violence by her ex-boyfriend is now trying to get legislation passed that would provide some protection for families throughout New York State.

Jacqueline Franchetti of Manhasset is leading the campaign for enactment of Kyra’s Law, named after her daughter who was murdered in 2016 at the age of two. The killer was Kyra’s father, Roy Rumsey, who committed suicide following the murder. Prior to the tragedy, Franchetti had broken up with Rumsey, citing his violent and abusive behavior. During custody proceedings, she urged the court to take notice of his dangerous behavior and to deny him unsupervised visitation. The judge did not heed the warnings and granted joint custody to the parents as their bitterly contested case headed toward trial. During one of the unsupervised visits with Rumsey mandated by the court order, the murder occurred.

Through Kyra’s Law, Franchetti and the bill’s legislative sponsors say they are trying to ensure that the child’s safety is the paramount consideration in any custody case. Among other things, the proposed law is designed to:

Kyra’s Law is not on the books yet and there are some criticisms of the bill. While proponents say that supervised visitation is a good way to maintain parent-child bonds in a safe environment, some family law attorneys are concerned that the proposed language would force judges into requiring supervision in cases where no true danger exists.

Whether the legislation passes or not, child custody cases in which there is concern about violent behavior must be handled with the utmost care. Finding an attorney who has handled these cases and is well versed in the relevant New York law is essential.

Bryan L. Salamone & Associates, P.C. is the Long Island leader in divorce and child custody cases. If you are engaged in a dispute over custody or visitation terms or any other domestic matter, we are here to protect you and your children. Please call 1.631.479.3839 or contact us online for an initial consultation.