Can You Afford to Get Divorced? 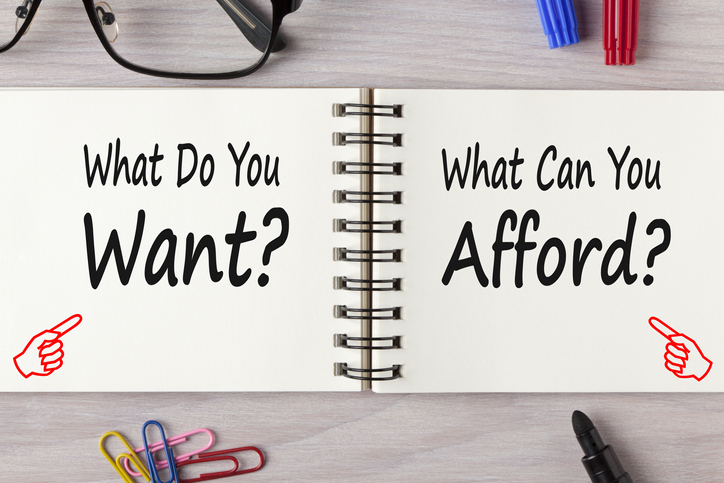 Money is one of the most common reasons couples get divorced in America. One spouse may be a spender while the other wants to save, causing serious tensions as time goes on. Ironically, while money can drive couples apart, it can also be the thing that prevents them from going their separate ways. That’s because divorce comes with financial costs that many people cannot afford.

It has become clear that some people who want to divorce do not have the wherewithal to do so. According to an NPR report on this issue, for every 1 percent increase in unemployment, the divorce rate decreases by 1 percent, indicating that limited means affect people’s ability to get divorced.

This problem affects people who we wouldn’t necessarily think of as “poor.” For example, imagine a family of five living in Suffolk County. The husband makes $70,000 a year while the wife stays home to raise the couple’s three kids. After 10 years of marriage, the wife decides she wants a divorce. But first she needs to know how much she might receive in alimony and child support. Using a child support and alimony calculator, she discovers that the total net payment she would receive would be just under $28,000 per year.

The actual amount a judge would award her could be less than that or more than that depending on the specifics of her case, but the calculator gives her a good idea of what the baseline scenario would be. Facing the possibility of taking in just $28,000 a year, will the wife feel financially able to move forward with divorce? Possibly, if she plans on returning to the workforce. But she might instead resign herself to staying in an unhappy marriage, knowing that $28,000 a year is simply not enough to support herself and her children.

While you might think that divorce’s financial hardships affect only younger couples, who tend to be less well off in general, studies show that the economic impact of divorce affects older, established couples, too. Last year, the National Center for Family and Marriage Research did a study of couples who got divorced at age 50 or later (sometimes called “gray divorce”). The study found that:

If you are considering divorce but aren’t sure you can afford to make it official, speak with a family law attorney. Tell them your story and see if they can give you some sense of what your post-divorce life may look like. It never hurts to talk.

The Long Island divorce lawyers of Bryan L. Salamone & Associates, P.C., are ready to hear your story. We know this is a stressful time for you, so our attorneys will do everything they can to help you make good decisions. Call 1.631.479.3839 or contact us online to schedule a free initial consultation. We serve Suffolk County, Nassau County and all of Long Island.