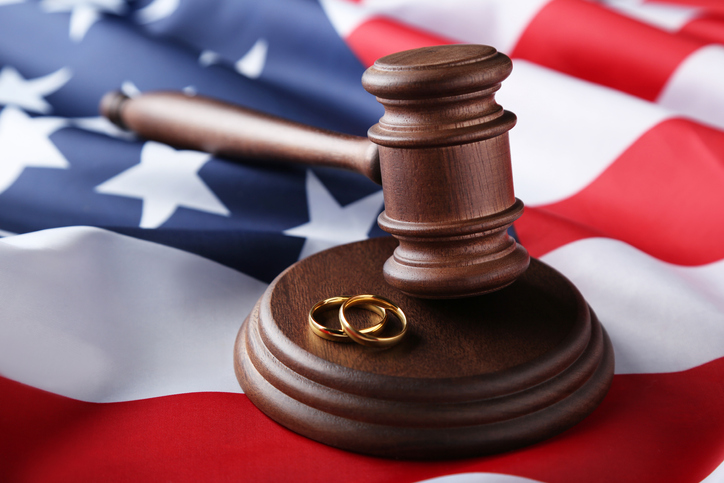 There are religious; personal and societal reasons the couple will marry. Couples who are married tend to enjoy longer lives; happier lives and many benefits that are conferred to them by the State and Federal Government. The institution of marriage is inextricably intertwined with our culture; most religions; and most all segments of our society over the age of eighteen. Currently, the marriage rates are going down and the age at which time people are marrying is going up.

The marriage of two people in the State of New York provides them with a variety of benefits such as tax benefits; financial benefits; legal decision making; health insurance benefits and inheritance benefits.

The bond of matrimony is so sacred that it supersedes the penal laws in the State of New York in that one spouse could never be compelled to testify against another spouse; and taking money and property from your spouse is not a crime. If you wish to put meaning, formality and purpose to an already meaningful relationship, then marriage may be for you. Many people do it thinking it is the next step in life.

THE SOCIAL AND SOCIETAL EFFECTS OF DIVORCE

Married couples are stable. They stay at jobs longer and they move around with less frequency that single people.

When someone marries, they promise to forsake all others and remain faithful to the one they are marrying until death do them part. This is in sickness and in health, for richer and for poorer. The standard marriage vows have been altered over the years and the word "obey" has often been taken out. Over the last twenty-five years I have questioned people who have long happy marriages. I ask them, "what is the key to staying happily married?" All have stated that the one key ingredient for a happy marriage is the division of duties.

Divorcing couples feel that they should tell their story. Nothing could be farther from the truth. In fact, many divorcing people want to explain what their spouse has done to them. This may not be good for them. The loss of a shared history and end of the possibility of a happy but separate future together. Many married people stay far away from divorcing people due to the clustering effect. Divorcing people cause other divorces. This may be called clustering in circles of friends
or with a large family.

Divorcing people who discuss their case may find themselves being scrutinized, and it is a common perception that people do not want to enter into business deals or long-term plans with someone who is divorcing. In New York State it is illegal to hire, or fire based on marital status. That being said, someone who talks about their divorce is less likely to be seen as a stable employee in some companies.

The most glaring common thread that runs through all divorces is the feeling of betrayal. Feelings aside, the divorce itself is a quite simplistic procedure that is made complex by the emotions and the personalities of the parties involved, as well as the intricacies of modern life and the layers of financial and emotional codependence.

DIVORCE BROKEN DOWN INTO FOUR PARTS

First element in divorce is grounds. There are no specific grounds needed in New York as we are a No-Fault State. The grounds are easy to achieve. In truth, anyone who has been married for more than six months and would like to get a divorce simple has to say "I want a divorce" to the right lawyer and it is going to happen. The other side cannot actually fight whether or not you get a divorce.

Custody of children usually results in one parent having the children living with them and making all the decisions or sharing the decisions. Sometimes people share the time equally (50-50 Custody). This is difficult and expensive. Rarely does this work. The parties know better than anyone what is in the best interest of their children and if they can' t figure that out, it will be a long and drawn-out court process which could have been resolved by the parties coming to an agreement. Our Firm has won many custody battles, against all odds.

Child support is approximately 17% of gross income for the first child, 25% for the second. Alimony is another percentage formula. These are found in the law. The law provides, to the dollar, the minimum child support and maintenance and there is very little wiggle room in these calculations. Nevertheless, most every case it is trying to argue for lower of higher support, most likely shortsighted. Often the amount that is in dispute is not worth the cost of fighting. The amount in dispute is most often the exact amount prescribed by the law, so there really should be no dispute.

Equitable distribution is the splitting of the property in a fair manner. In most every case the property is split 50-50 percent. There are cases where we have obtained dramatic results otherwise. These are very unique and severe cases. For the most part, property is divided 50-50. However, some of the exceptions to this rule are as follows: 1) Any property that was accumulated prior to the date of the marriage; 2) Money received as an inheritance; and 3) From a personal injury award.

Equitable Distribution is a very simple to effectuate. It can be done with the use of an accountant or not. All of the assets should be split. If there is real estate or a business that needs to be valued, good lawyers know who the judge would appoint, and, if there is a dispute the judge will appoint someone to value these assets. Valuing assets sooner than later always prompts settlement.

With respect to the above, if your divorce is lingering or you are asking for something that is not "usual and customary" we can help you. The best game plan for divorce in the State of New York is to go through it as quickly as possible. Justice Thomas Rademaker of Nassau County recently opined that the true winner in a divorce is the person who spends the least amount of time inside the Nassau County Supreme Court building. We concur with limited exceptions.

Divorce should be handled by a lawyer who understands business; money and the local economy. Many divorce lawyers lead clients down emotional roads just to end up in the poor house instead of living the lifestyle they became accustomed to while married. That being said, most people do not live the same lifestyle after divorce. In todays economy it is nearly impossib le. However, fighting for emotional issues is often misguided and unless there is a specific calculated agenda, is most always a very bad idea. Divorces do not need aggression, they need intelligence. The way to get out of a divorce is to get out the smart way. A linear path directly to the end as soon as possible.

I have copyrighted a seven step "The Smarter Divorce ©". It is a linear plan and it takes a client through the divorce process in seven steps so that the client will always know where they stand. With the Smarter Divorce© there is a clear path to the end of the divorce. My firm has handled thousands of divorces and welcome all new clients to our firm with a plan to achieve maximum results at the end of their case.